Sound Visions Media provides full service video production, post-production/editing, compositing and animation, delivery and management for your marketing and promotional needs. With well over 50 years experience combined, our team can help you produce and promote a message that will drive business to your door and through your web site. We have a network of regional pros with the expertise to produce and deliver exactly what you want and deliver media in any format that your project’s needs. 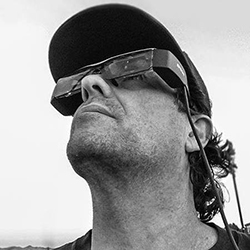 Jeff Foster is an award-winning author of several computer technology, animation and video production VFX books and training videos. He’s been an Adobe Community Professional and served as an instructor and featured speaker at conferences such as Photoshop World, Macworld, Photo Pro Expo, Adobe MAX, the NAB (National Association of Broadcasters) Post-Production Conferences and several workshops on CreativeLive.

His books and videos have been published internationally as well as several trade magazines and hosted online ezines and regularly contributes in the ProVideo Coalition. He is the author of “The Green Screen Handbook” and “After Effects & Photoshop”, among others and has produced several training videos for Photoshop, After effects, Animation and Green Screen production and most recently, specializing in POV cams and video production for indie filmmakers including UAV/drone photography & videography.

He was first thrust into the world of consumer/prosumer UAV/Drone technology since  2012 and has been a leading presenter, author and reviewer of personal and professional aerial photographic and video/imaging products and gear. His 2-day live streaming workshop on CreativeLive titled: “Taking Flight: Drone Photography & Video” won a Silver Telly Award.

Jeff is currently serving as Sr Manager/Producer for MarCom Video & Imaging Services at Bio-Rad Laboratories in the San Francisco East Bay area, and serving all of Northern California. 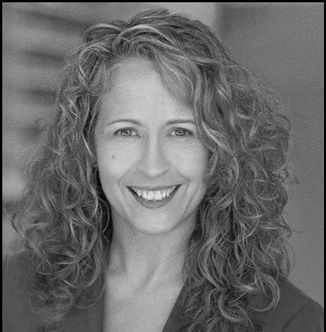 Ellen’s work as a publicist and promoter through SV Media Relations and other companies helped gain visibility for artists, authors, businesses and non-profit organization as well as being a valued consultant for start up companies building press kits and promotional presence. Ellen’s own experience as a professional actor is an integral part of the positive results she obtains doing voice-overs and interviewing and directing others behind the camera.

As an author Ellen’s biography Jazz Child: Portrait of Sheila Jordan
(Rowman and Littlefield) was one of three books nominated for the Jazz Journalists Association 2015 best book award and selected in the JazzTimes Readers Poll best books category.

As a musician, Jazz Journal International describes her vocal performances as “superior jazz singing by an artist of the highest quality” and JazzTimes remarked of her last recording, “Johnson packs as imaginative a wallop as the mighty (Bobby) McFerrin.” Along with lyrics to both Sonny Rollins and Charles Mingus compositions Ellen has over 30 or more published songs, is on over 10 recordings, and developed music instructional products, The Vocal Warm Up (CD/Downloads), Vocal Builders and You Sing Jazz.

Ellen’s educational background in music makes her a valuable addition as a music supervisor on film projects. Her education includes; a Master’s Degree in Vocal Performance from San Diego State University, BM in Vocal Performance from the American Conservatory of Music, PhD coursework from the University of Humanistic Studies, UCLA Extension courses in the Music Business Certificate Program and she has been on the voice faculties of the University of San Diego, the Old Globe Theatre’s MFA program, California Polytechnic University Pomona, the California Jazz Conservatory and Jazzschool and has given master classes in vocal jazz at the University of Southern California as well as many other colleges. Her research, studies on music healing and certification in Expressive Arts Therapy inspired her to complete training with Eric Maisel to become a Creativity Consultant and teach workshops on “Using Vocal Improvisation To Encourage Creativity.” She is a member of BMI, Jazz Journalists Association (JJA), Jazz Educators Network (JEN), National Association of Teachers of Singing (NATS), The Voice Foundation (VF), and the Creativity Coaching Association (CCA). 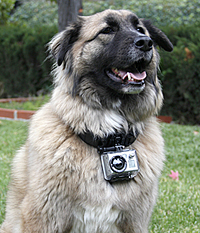 Halona is instrumental in the day to day functions of Sound Visions Media and makes sure that everyone gets plenty of exercise. Most of her background comes from her street training and a short work program at the Humane Society. Besides being available any time we call her, she always has a friendly face and is the first to greet you at our offices. She has even starred in a couple of our productions!